Our first day started at school where we watched films about schools from Croatia, Finland, Spain, Poland, Italy and Bulgary and people from Spain made for us an acrobatic show.
It was really cool .
After that we went to the castle of San Romualdo where we met mayor of San Fernando and teachers took a group photo (which you can see in Communication & Culture Facebook). Then we went to the museum of navy seals, we watched there models of boats and we learned about history of Spanish explorers , in my opinion that was a little bit boring, but then we came back to school to eat typical Spanish food. It was delicious. During this lunch we became friends with a lot of people from Finland and Croatia. On Tuesday, we went to Sevilla. It was very hot there, even Spanish people had to sunbath there. It’s a city located near San Fernando. We have seen the Alcazar castle and an old cathedral. Everything is original, because it wasn’t damaged during wars. In the Sevilla’s cathedral lies the part of body of Cristopher Columbus. We’ve also seen a big garden with different flowers and fountains. After that we had time to eat our lunch and buy souvenirs. Then the bus took us to the regional TV studio, the „Canal Sur”. We have seen recording studios, timetables, computers which were used to manage all the channels they provided. Then we went back to San Fernando. On Wednesday we visited Cadiz. We left San Fernando at about 09:00 o’clock. There was a heavy rain so we had to walk around the town with umbrellas. After that we went to “Catedral Nueva” which was built in two architectural styles: baroque and neoclassical. We enjoyed its decor and ornaments. We learnt about its interesting history, too. Then, we went to the market with fresh fish. We were divided into two groups. First one had some free time so some of us could go sightseeing or eat Spanish desserts in cafés. Second group visited museum with an archeological collection. There were authentic walls and streets which were made in prehistory and antiquity. We could see them under our feet because of vitreous floors. Also, we were watching a short historical video there. Then we were having typical Spanish lunch. We left Cadiz at about 04:00 pm. Rest of the day was free and majority of us went to the shopping centre “Bahia Sur”. In the morning we travelled to Gibraltar. First we went through the border between Spain and Gibraltar. Then the bus took us on a big hill. We saw monkeys and a big cave, then we went to the city center. There we ate lunch and teachers gave us time to walk around the city, buy sommething and of course eat our lunch. On the way home, we had a ride on Double-Decker bus. We have returned home then. In the evening we have decided to walk around the city with all the people from Erasmus+. At night we returned to home. It was a great day ! On Thursday we went to school at 8:00 and we stayed in it for some time. At the beginning we had classes with hand fan, we learned how to use a hand fan and painted these for our dream model. Then we went to the theatre where we heard the story and watched every corner. When we came back to school we ate delicious churros. Then there was the great festival of communication and culture. Our Spanish friends worked very hard and everyone loved it. After all this we went to a restaurant where we ate Spanish lunch. In the restaurant we were given diplomas for finishing the trip. 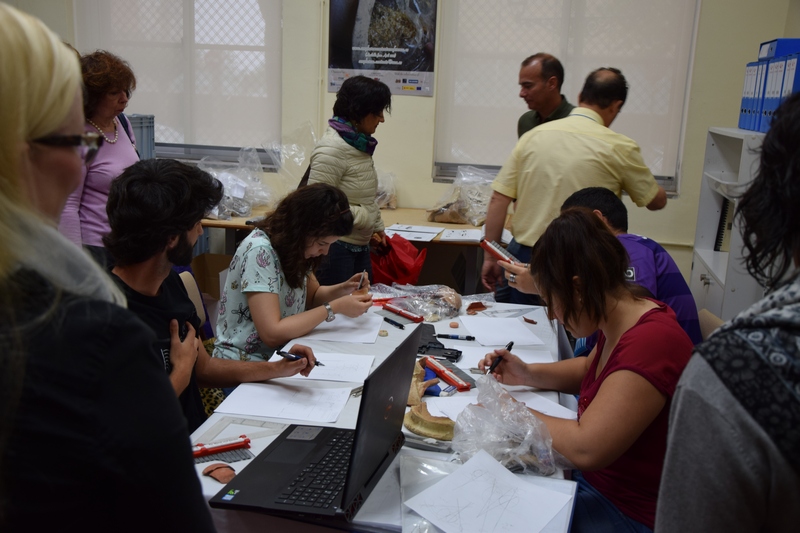 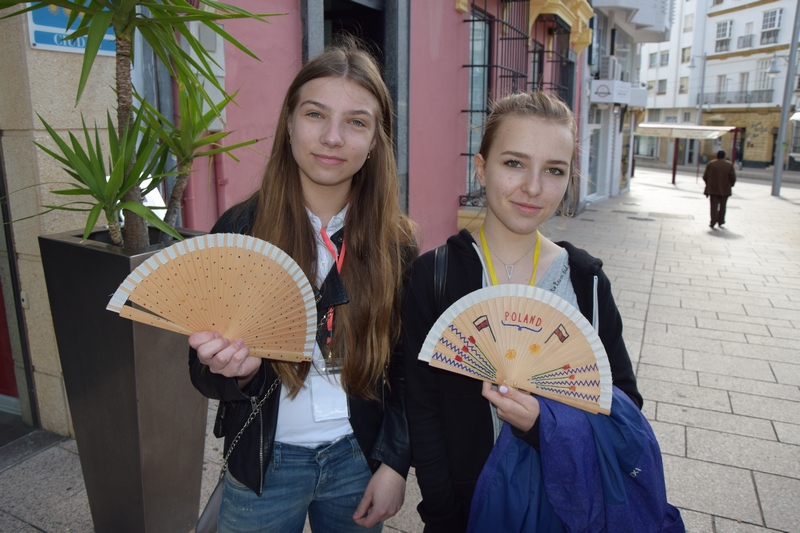 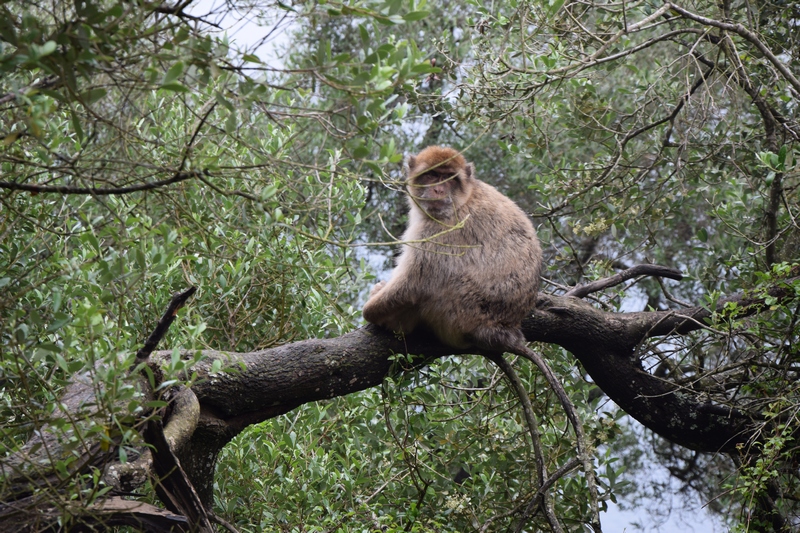 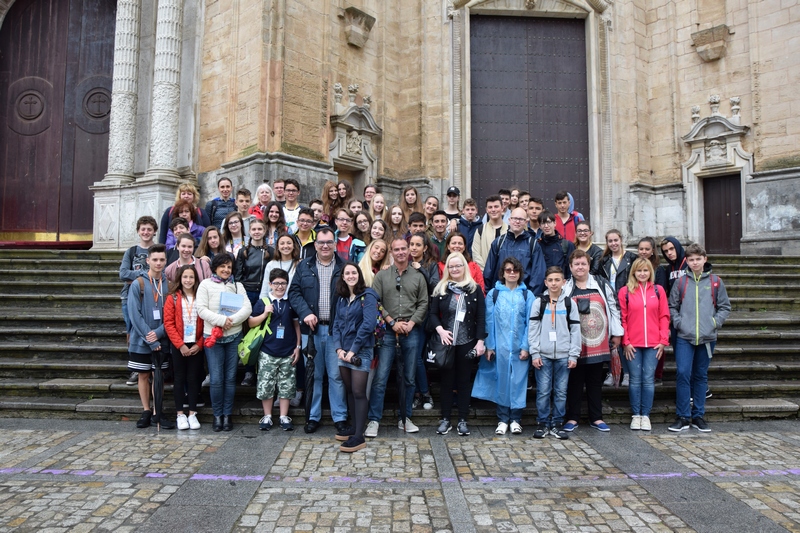 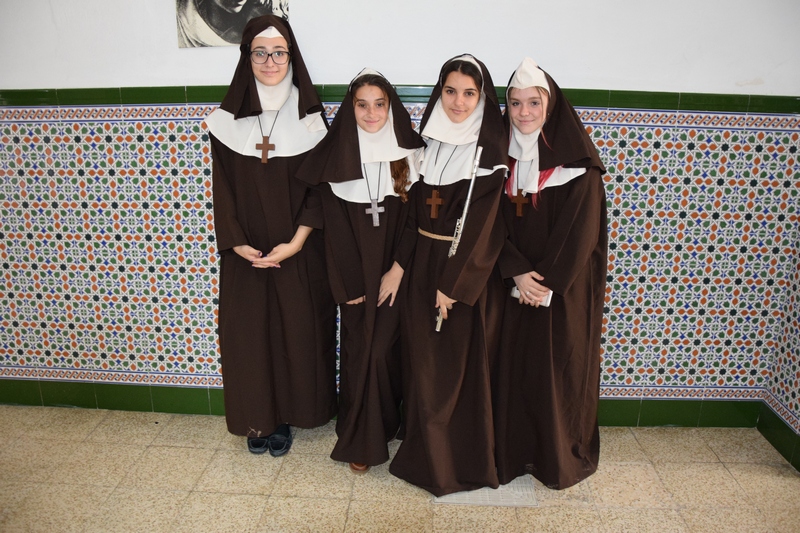 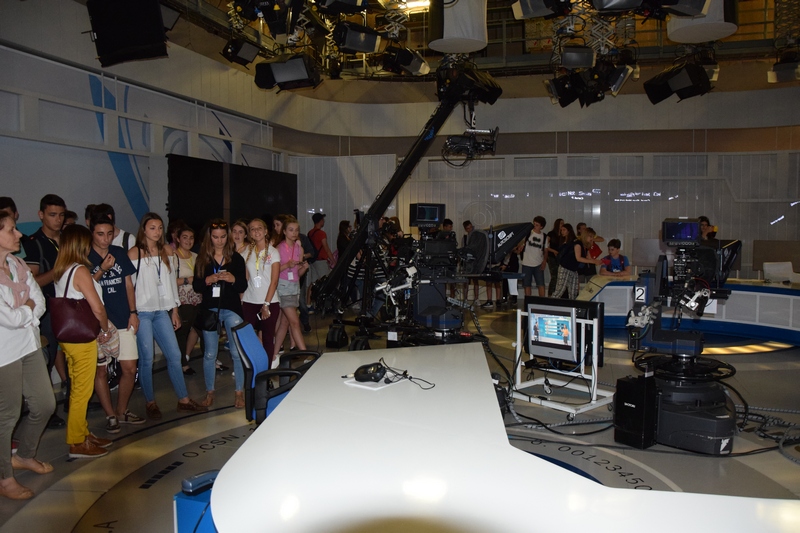 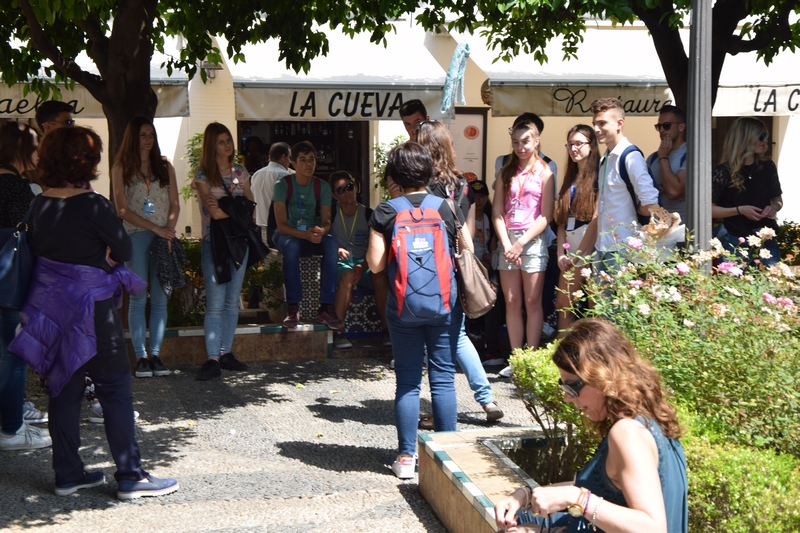 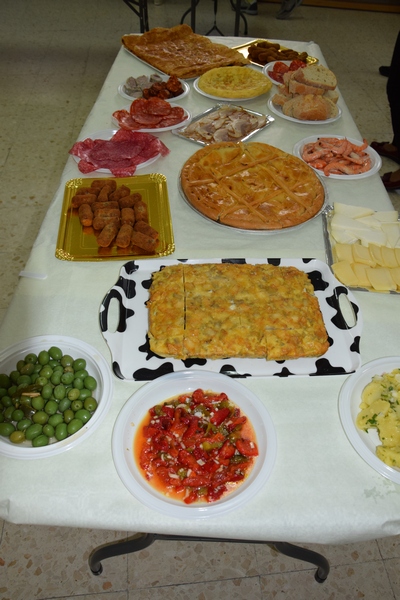 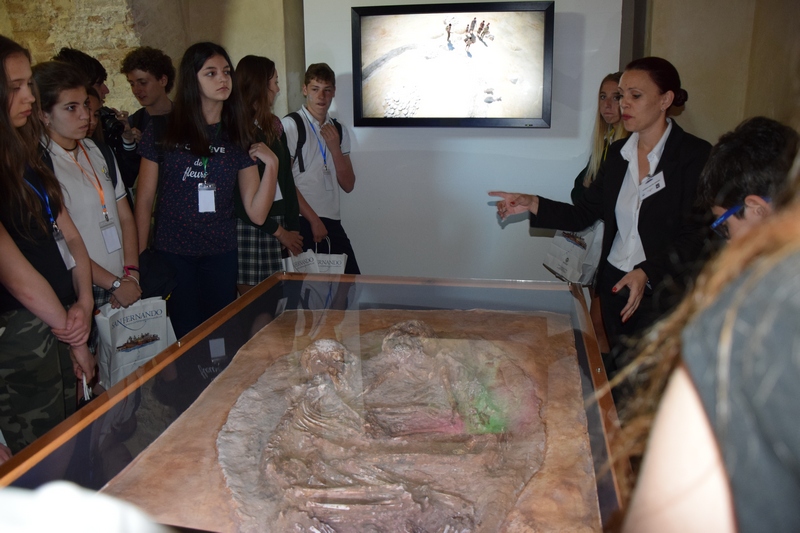 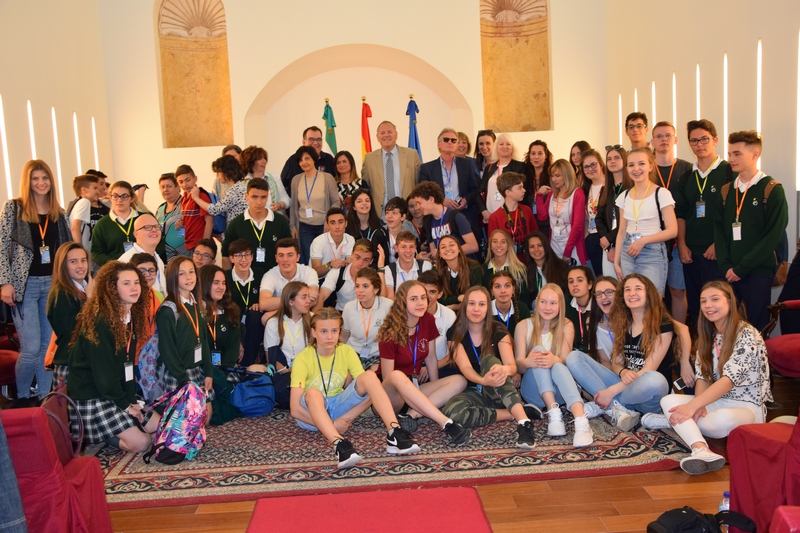 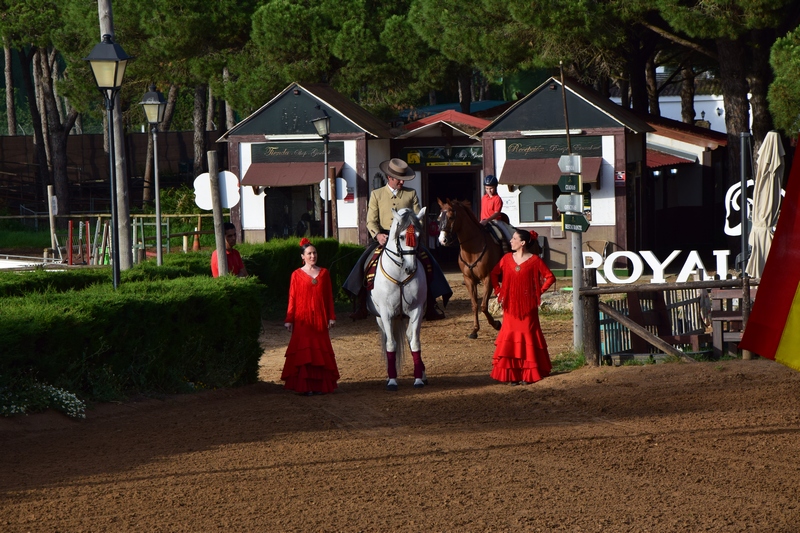 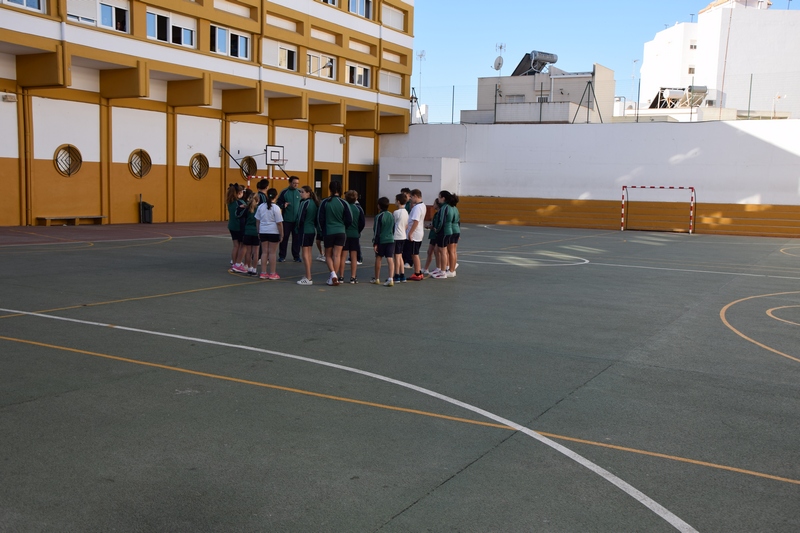 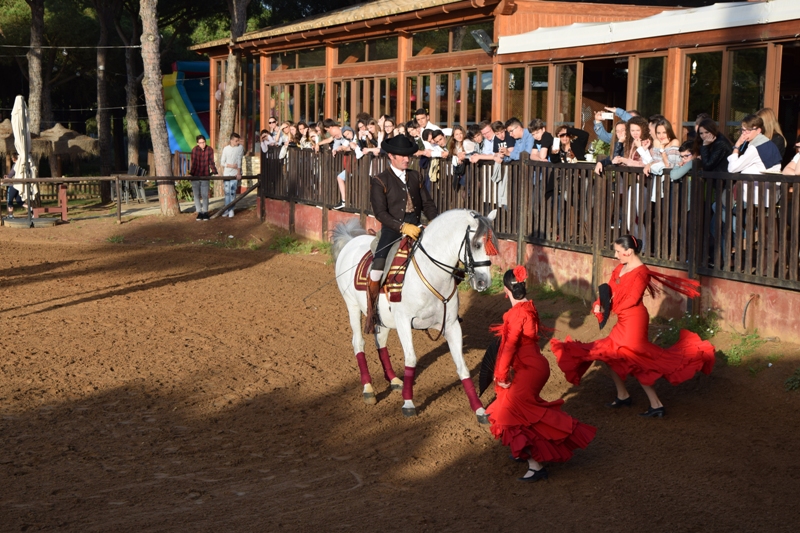 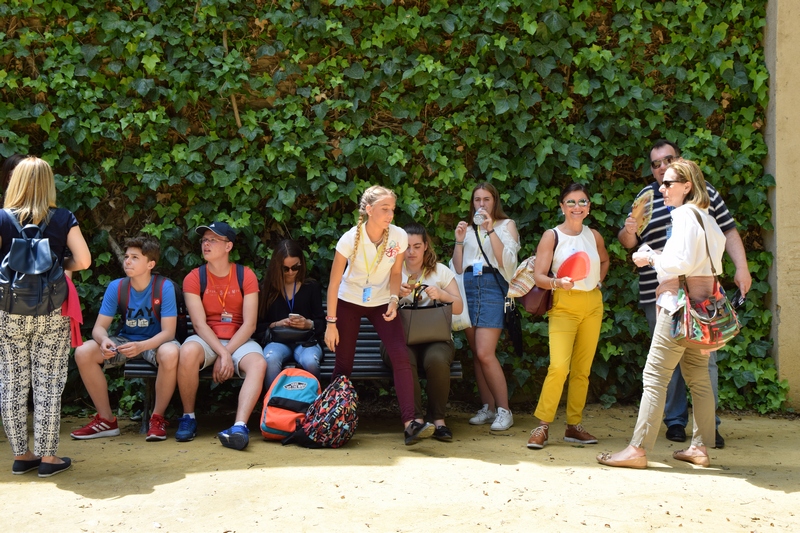 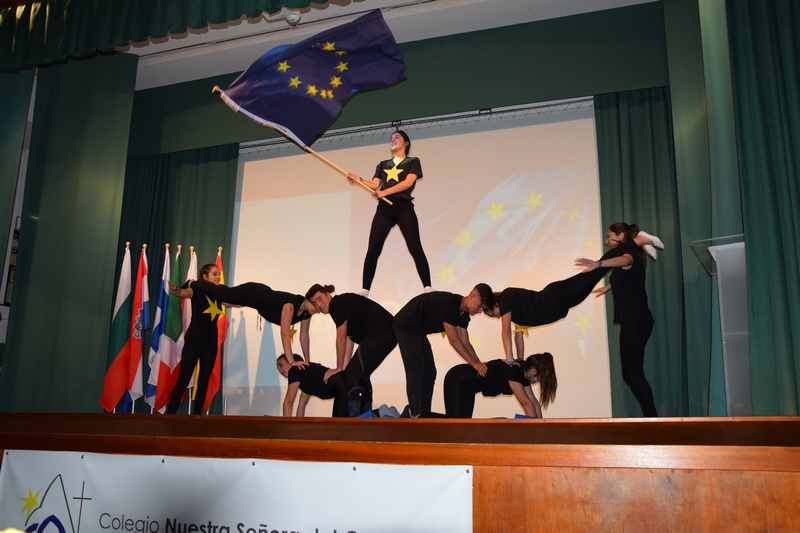